Historical Materialism and the Classics (Abstract)

In a special volume of Arethusa on “Marx and the Classics,” J.P. Sullivan wrote that “the perspectives which Marxism has to offer, both for literature and history, have been available for a long time. But in both England and America classical scholars have, deliberately or inadvertently, failed to take account of them” (1975: 5). Though the work of prominent twentieth-century Classics scholars like Geoffrey de Ste. Croix, Jean-Pierre Vernant, Pierre Vidal-Naquet, and Moses Finley was grounded in Marx’s thought, and despite the considerable influence of post-Marxist theory and politics on the discipline, Marx still remains largely peripheral to Classical scholarship (Rose 2012: 1). As we approach the fiftieth anniversary of the 1975 Arethusa volume, this workshop asks if class, historical materialism, and the study of social relations still have a place in the study of the ancient Mediterranean. The agendas and methods of Classics have changed since the 70s, yet it remains debatable whether a Marxist approach to ancient history has been rejected entirely by later scholars or merely absorbed and transformed by later theory. What is the legacy of this area of Classics today? Has it been superseded by post-Marxism and posthumanism? What is lost when we replace historical materialism with these theoretical orientations?

These questions are especially timely. As socialism has reemerged in political discourse in the U.S. in the years after the 2008 financial crisis, Classics publications and conferences in the U.S. and Europe have increasingly focused on topics such as class, inequality, and labor. Nevertheless, Marxist ideas have rarely been openly discussed in the field. Classics has long seen a tension between social-scientific and humanistic approaches in the study of the ancient world, but we suggest that a historical materialist approach may offer the possibility to move beyond this stark division. Can we acknowledge the material conditions of ancient life without oversimplifying the cultural and ideological tensions in ancient society? Can we place small-scale, historicized analyses alongside big data? Can language and discourse be understood beside narratives of economic change? In a time when Classics is trying to recapture its commitment to the questions of social justice, we hope to foster discussion about how to most successfully understand ideology, power, and hierarchy in the ancient world. This workshop will debate the role of historical materialism in studying the history of social relations. Discussants will present contrasting viewpoints on these questions, followed by a moderated debate and audience questions. 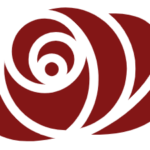